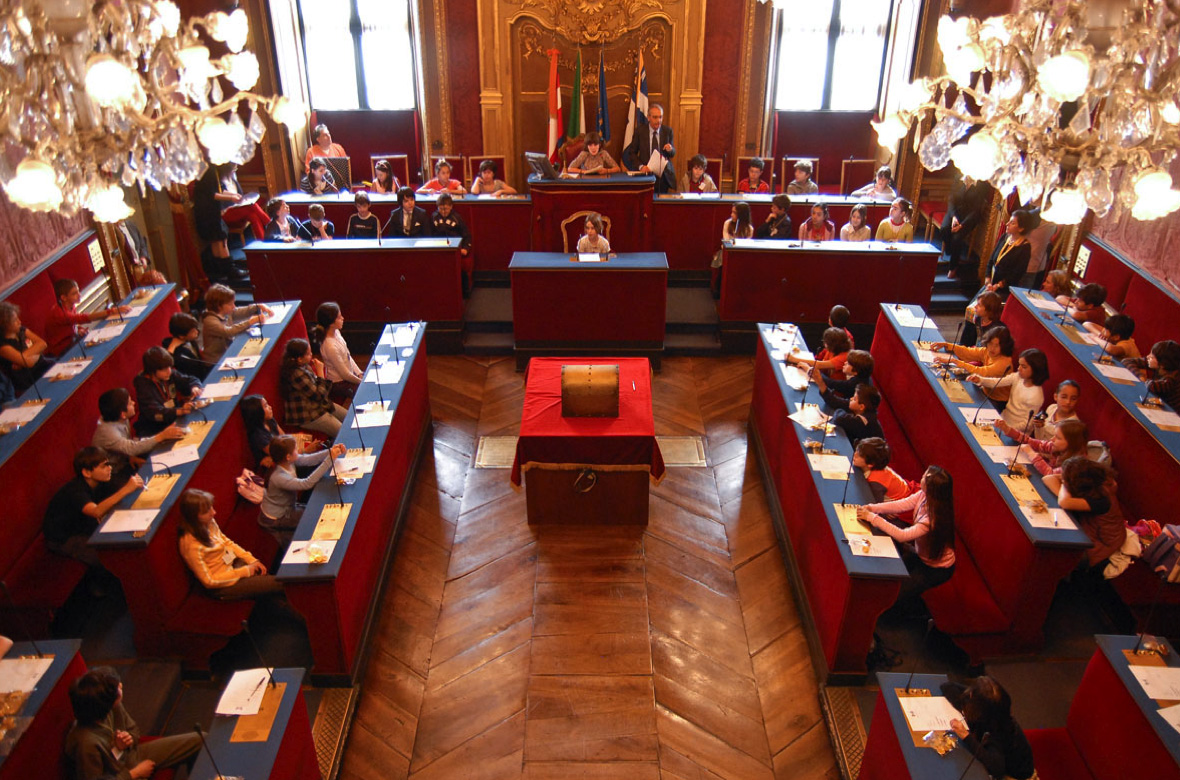 The colour of taxes

Among the initiatives focusing on the topic of school organised by the Municipality of Riccione, at the beginning of the school year 2011-2012, I devised a project for Civics based on the book “Le belle tasse”.
In early October of 2011, I met some teachers, including Rosa Maria Agliata of the E. Filippini Secondary School in Cattolica, who worked on the project with three middle school classes, I E, II F and III F – children from 11 to 13 years of age.

What talking about taxes means

The teacher in the classroom began by reading and discussing the book with the students. The starting point was the questions that the children had asked during the experiments carried out in Rome and Turin, as illustrated in the book.
After several weekly meetings, which went on for about two months, the students had become aware “of what talking about taxes means” and were able to grasp the many complex aspects of taxation. In particular, the discussion focused on the justification of taxes, evasion, spending, and good and bad administration, and through this, on knowledge, so intrinsic to taxation, such as rights and duties, freedom, justice, equality, community, the legal system, the constitution, the law, government, the common good, and pluralism. It soon became clear how differing opinions were formed on the different themes.

The caterpillar, the branch and the butterfly

Let me be your branch.
The caterpillar is an insignificant insect that rests on the branch because it needs a solid base on which to change and transform into a butterfly; this is what my programme aims to be like.
A first year student of the
E. Filippini Secondary School, Cattolica

At a given time the idea came up to elect a Government. So students were asked to submit their candidature, and each candidate had to formulate a plan on the following points: “Taxation”, “The proper procedures and evasion”, “Spending”, “The proper administration of expenditure and corruption”, to present and to be submitted to a vote by secret ballot for the election of a five-member government, including a head. The government, thus elected, was required to present its programme to be illustrated in class.