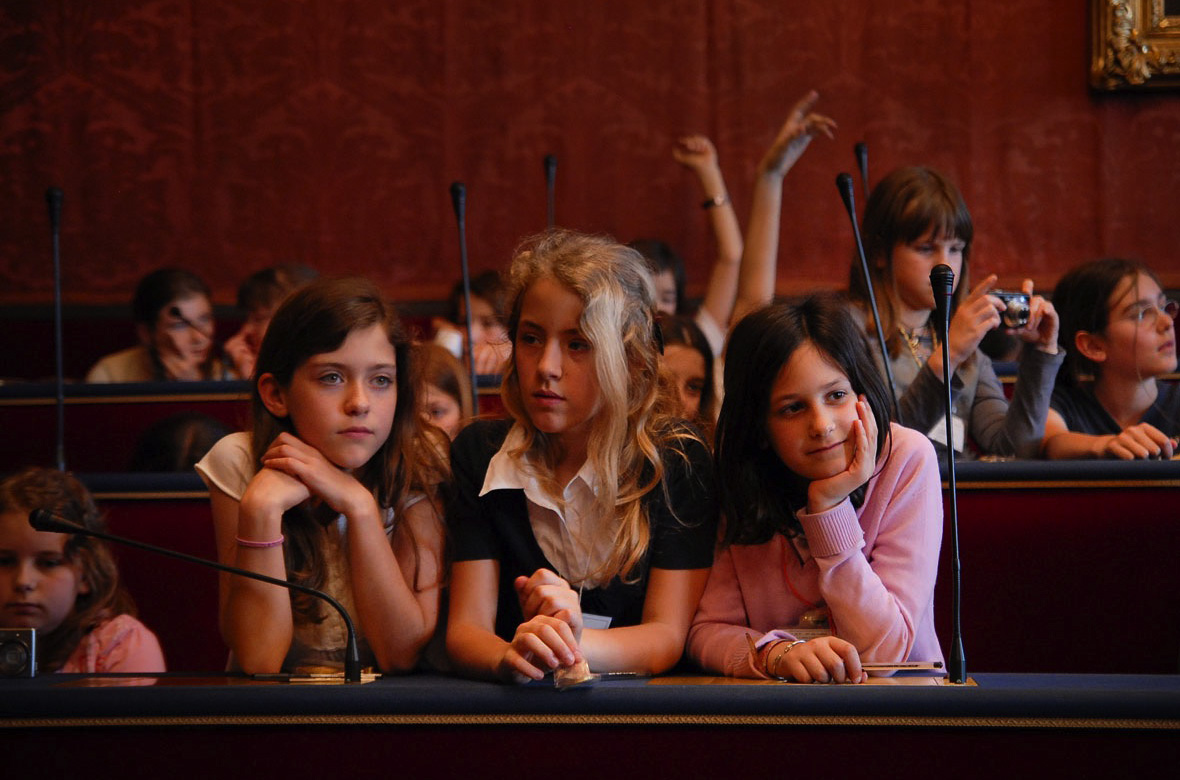 In the summer of 2011 the Municipality of Riccione, inspired by the book “Le belle tasse”, asked me to come up with a project on taxes for schools.”

The tax game experiment is set up in such a way that the children who take part in it understand what it is. And this is made possible by the fact that they are taken to the Hall of the City Council, where they receive chocolate coins to pay the taxes with, and they are divided up according to the various roles of an organised community. The result is that the children who have taken part in the game know “what it is when it comes to taxes.” It should be added that the game’s title, “The nice taxes”, brings the children up against the very essence of taxation in a community.

In “taxes in class” it is different; everything takes place in the classroom, led by the teacher, and what is more, it caters to children of the fourth and fifth year, but also to students of junior high or high school age. It is in these contexts that one must understand “what it is when it comes to taxes.”

Hence the proposal to read and discuss the book in class starting from the children’s questions in Rome and Turin, as reported in “Le belle tasse“.

The premise is simply that the experience of the “taxes game” can help other children, and later, young people, understand what taxes are. Basically it takes literally the subtitle of the book: “What children teach us about the common good.”